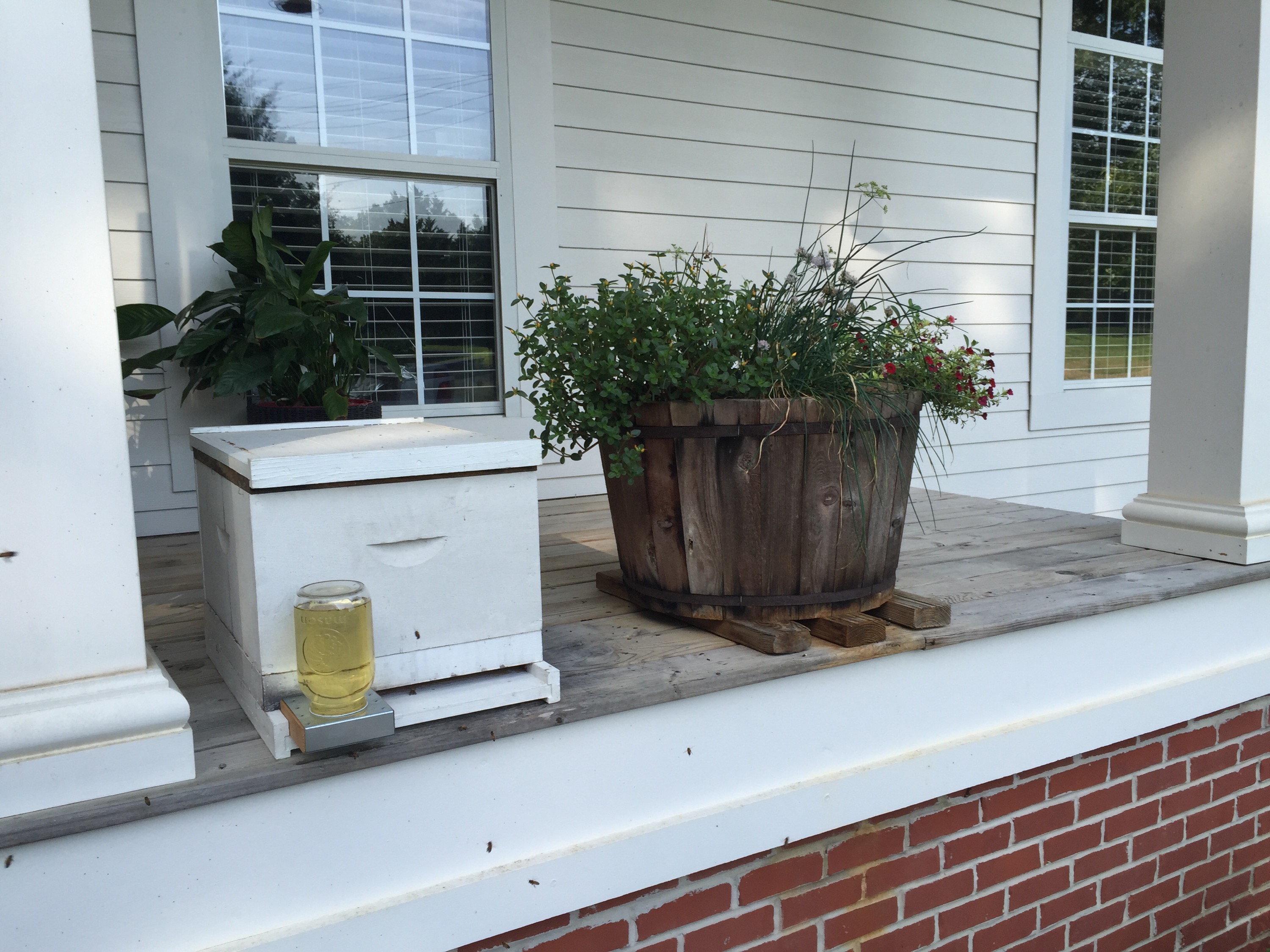 “I discovered a hole in my homeschool curriculum,” my friend said as she began her story.

Her teenage son had called from a mowing job & told her about the swarm of yellow jackets he’d stirred up while on the riding mower. He’d grabbed insecticide & sprayed willy-nilly as they flew around but he hadn’t been stung a single time. The bugs were in a pile on the ground — should he spray them?

She listened, processed, & said, “Yellow jackets live in holes in the ground, not in wads in the grass. I bet they’re bees.”

Later, she & her son returned to the cemetery where he’d been mowing, took a picture, & emailed Mark. 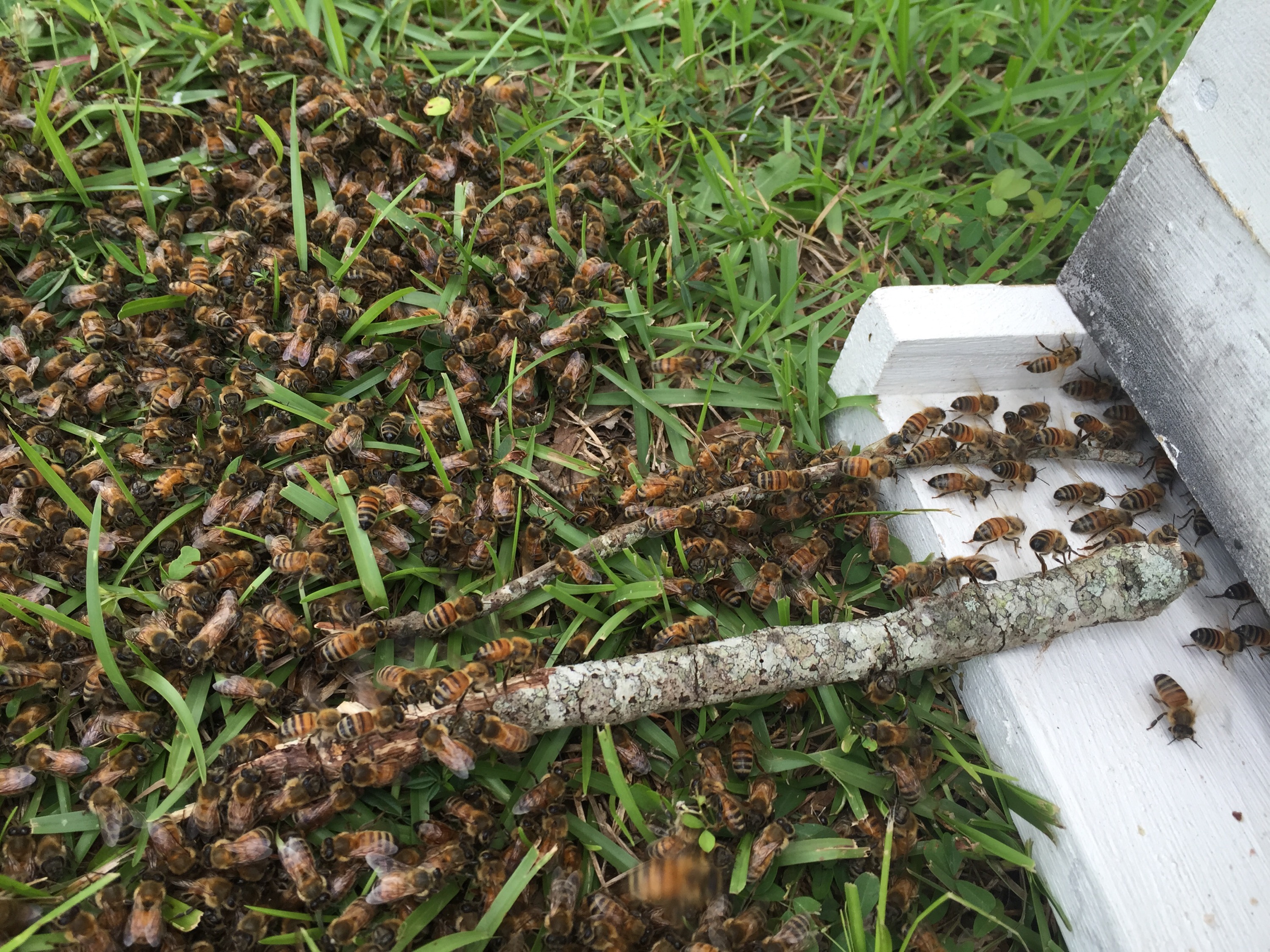 He went out, gently sorted through the pile for the queen, put her in a hive box with 3 frames of drawn comb, and set up sticks for the bees to crawl up to the box.

The next morning, he left in the dark to retrieve them & I made some bee tea to help them get started building their brood. They’re on the front porch (the Bee ER) & today when Mark peeked in he said there were about three frames worth in terms of population. So, we’ll hope for the best & possibly steal some brood from another hive to give this little bunch a boost.