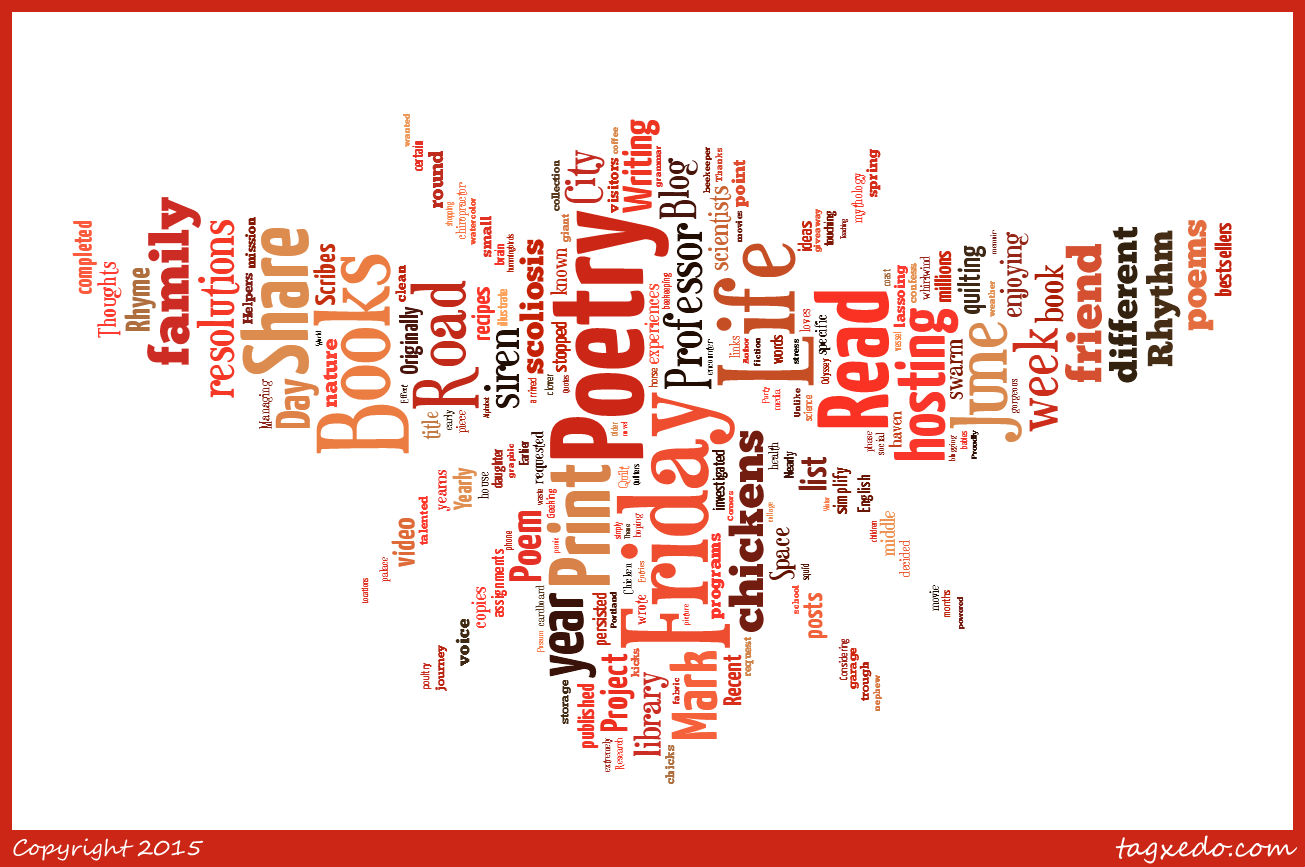 It’s Poetry Friday! Carol is inviting everyone to her corner for this week’s celebration.

As I hinted in my post last week, I have lots of fun to share this week.

First, the poem I received from Donna Smith of the blog Mainely Write. What a treat!

Donna examined my blog and then crafted the poem “Core.” It captures the many facets of my life perfectly.

Then she made me a bee-shaped word cloud at tagxedo.com! SQUEEEEE! When I saw it, as folks say here in the South, “I like to fell out.” 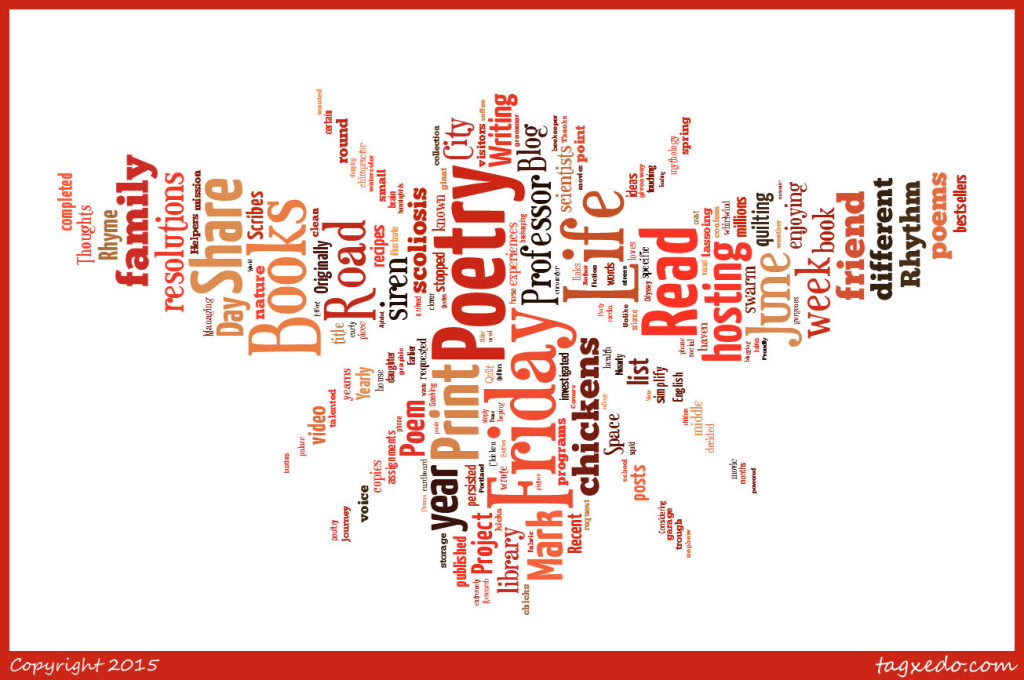 But that’s not all. It’s a puzzle!! Seriously! All of this beauty was on the label of a box with a puzzle inside! I get to put it together and then frame it. (Mind. Blown.)

Donna never got confirmation that my poem puzzle package of delight had been delivered. So I ended up with two!

Here is the story from Donna’s email:

“Now about those two puzzles!

I could tell you the short version –  Zazzle wasn’t sure where the first package went, so they sent another.  You got both. –But then you’d miss out on all the fun.  If you want to miss out on the fun, skip the part in blue.The first one was supposedly “lost” out there in either cyberland or post office land.  It never said anything but “shipped” on the tracking page, so I called Zazzle to ask about it (20 minute wait time on hold).  They couldn’t tell what had happened to it.  I guess tracking wasn’t working on their end either, so they sent another.
Zazzle said if I could get them a street address quickly, they could expedite it. I found Mark’s phone number on the website, so called it.  He didn’t answer, and I didn’t want to leave a message, just in case you would hear it.  So I hung up.  However Mark called my number right back.  I was surprised to see the number I’d just called on my caller ID.
When I answered, I wasn’t really prepared – I’d forgotten about the language barrier, but we found we were able to communicate quite well!  Ha!  Anyway, he was a sweetheart and gave me the street address, and said he would forget that I called.  He told me that only UPS and FedEx came way out there.  All mail went to your PO Box.

I quickly emailed Zazzle the street address, and I was notified shortly that they had upgraded the shipping since they had gotten a street address in time.

I waited a few days.  The tracking never changed from the first package details.  I still had no idea what was going on.  So I called again (20 minutes on hold).  The woman who finally answered could not tell me what was going on and said she would call me back when she knew.
I waited 24 hours.  No call.
So I called again to listen to their music for 20 minutes.  (This must be their unwritten policy.  You must listen to music for 20 minutes before you speak to someone.)  The woman that came on the line gave me a tracking number, and said it was on its way and would be there the 22nd, which was not expediting at that point.  Then I saw that it was going US Mail for last part of the trip.  I got nervous that this package was going to get sent back because it didn’t have a PO Box now.  When I check the tracking again, I saw that it did indeed still have the PO Box – no one had REALLY changed it.  But now I could relax.  The package would get there someday.

Then on Friday, I read on your site that you have gotten a poem, hmmm.  I checked the tracking on Saturday, and it said the package had just been delivered.  This had to mean you got both puzzles!

See?  I told you it was a story.  Wasn’t that fun?I can even laugh now!  I wanted to strangle someone earlier.  Thank Mark for me!”

By the end of this email, I had tears in my eyes because she was so funny in her retelling, but also because her determination to get that package to me is indicative of how caring and committed this community is. What an incredible blessing to be part of it!